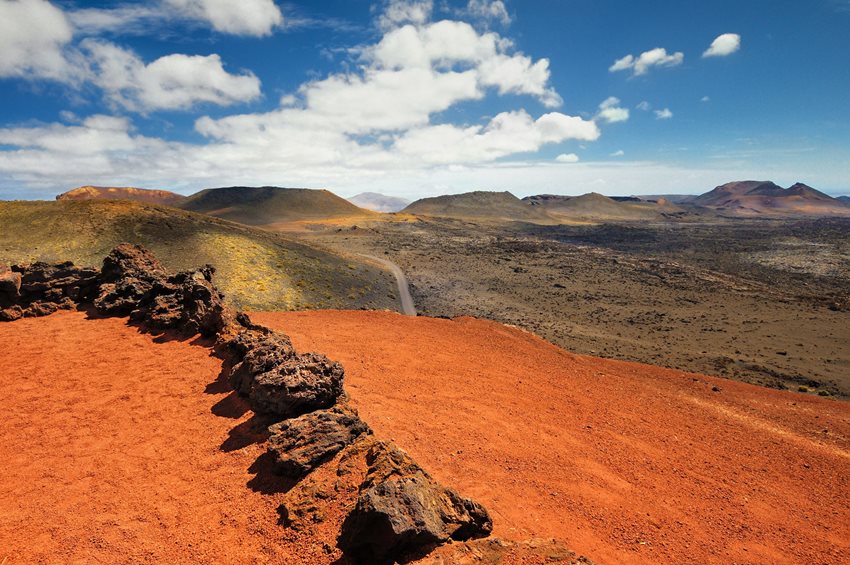 Visit in the region of La Geria, the landscape of which consists of torpid lava and volcanic ash. Transcer to the north of the island to Jameos del Agua - a cave adapted by a local artist, Cesar Manrique. Drive to the Valley of the Thousand Palm Trees. Lunch break. Ascend the Pico del Chache, the highest peak of Lanzarote, from where there is a beautiful view of the La Corona volcano. Drive along the west coast to the Timanfaya National Park - the Mountain of Fire, the greatest attractions of the island. Observation of geothermal phenomena. Then drive via Ruta de los Volcanes - a route between solidified lava.