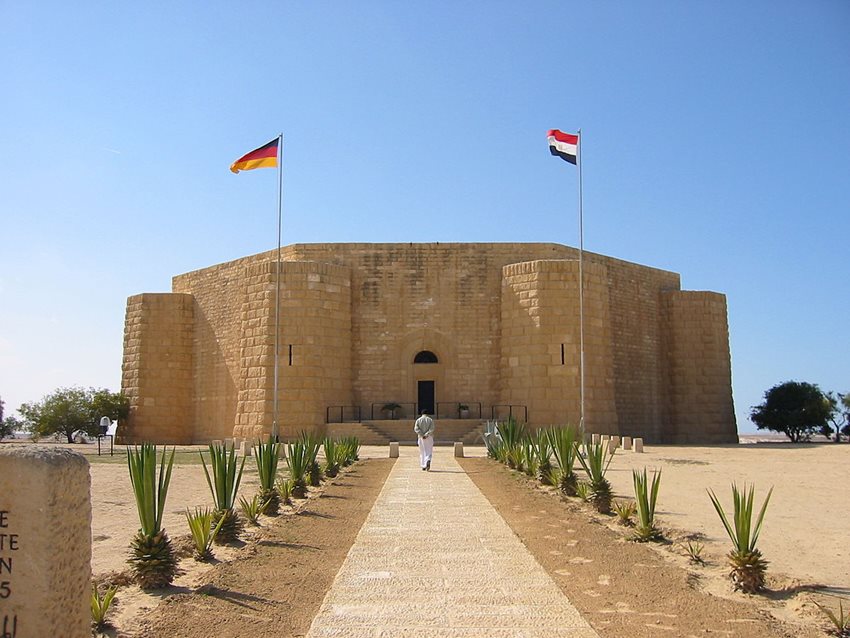 Departure in the morning and transfer to El-Alamein, halfway between Alexandria and Mars Matrouh. In the Greek-Roman era, El-Alamein was known as "Locassis", which means "white shell"; it was named after it due to its beautiful white sandy beaches. The site is famous for the historic events of the Allies' decisive victory over the axis forces in the campaign of World War II in North Africa. Visit the unique war museum with well-preserved memorabilia from the battles of World War II. Then take a walk along the military cemetery of German and Italian soldiers on the hill of Tell al-Aisa, which makes a great impression with its size.