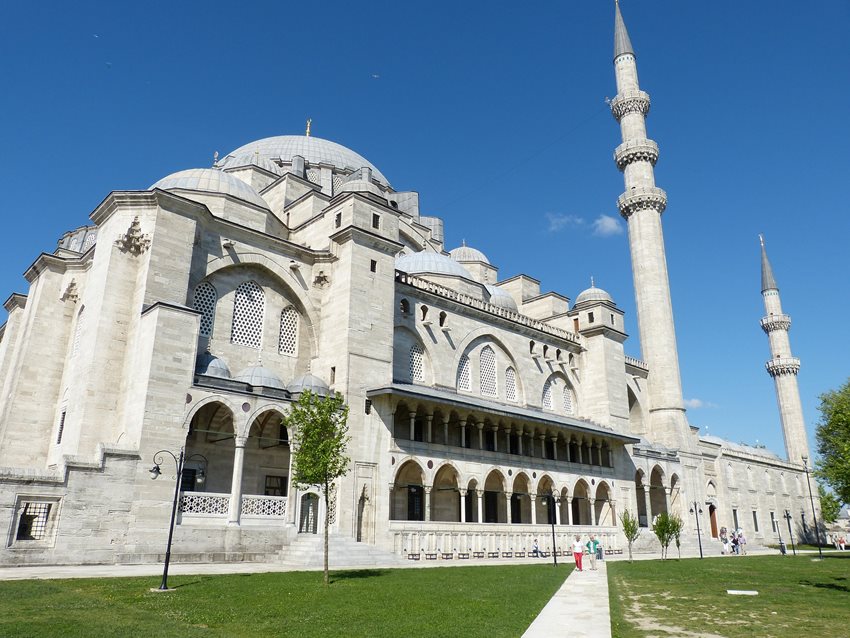 The excursion begins by visiting the Mosque of Suleiman the Magnificent, which is one of Istanbul's most famous monuments. It includes the mausoleums of Sultan Suleiman the Magnificent and his wife Hürrem, as well as the tomb of Sinan, the builder of the mosque and the most prominent architect of the Ottoman era. Then visit the Museum of Turkish and Islamic Art, which is located in the former palace of Ibrahim Pasha. Continued on the program break for lunch at a local restaurant. Later, visit Arasta Bazaar - an oriental market with stores where you can buy local products. The next point of the tour is the Grand Palace of Constantinople, which was the main residence of the Byzantine emperors for almost a millennium. Finally, explore one of the largest ancient cisterns in the world, known as the Sunken Palace. Excursion starts in front of the Marmara hotel main entrance, guide will hold board signed with company name - Plan Tour.